Can a Planet be Habitable Orbiting a Super Massive Blackhole? 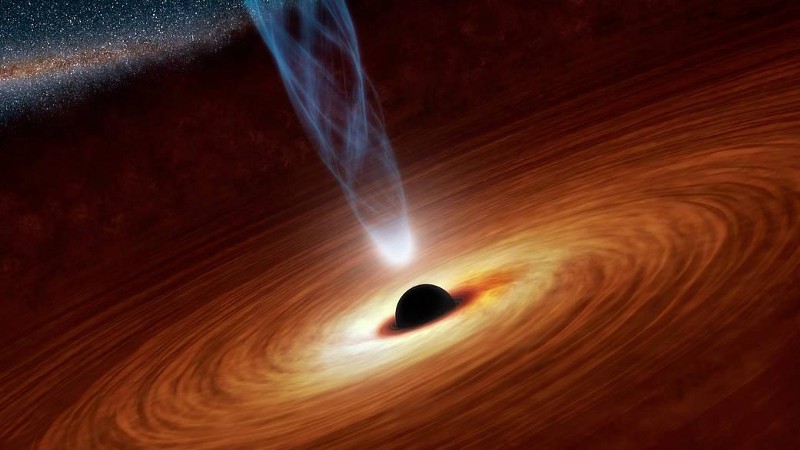 Black holes are terrifying yet mystifying cosmic phenomena. Black holes aren’t any cosmic vacuum cleaners or an empty space, but instead, are extremely dense objects with a strong gravitational pull.

The gravitational pull of black holes is so strong that not even light having a speed of 3*10^8 m/s can escape them. Black holes are not black, either. Instead, they are one of the brightest sources of radiation in the whole universe.

Remember the classic science fiction movie, Interstellar released in 2014. The movie portrayed that soon Earth would become an inhabitable planet and we humans would need to find some other habitable planet to survive.

Astronauts from NASA, after years of research, discovered a wormhole near the planet Saturn that behaves as a tunnel through spacetime and leads to Gargantuan, a distant supermassive black hole around which several planets orbit and NASA is on a mission of finding one such planet orbiting Gargantuan which would be habitable.

However, the speculations after the movie to know if life can exist on a planet orbiting a supermassive black hole was all around. There were several questions that seemed unanswered.

Can a planet like Earth survive in orbit around a supermassive black hole, or will it burn up due to the hot gases? And would it be possible for life to thrive on a planet orbiting a black hole?

The answers to all those speculations was recently given by a NASA researcher, Jeremy Schnittman. Jeremy Schnittman argues that it is unlikely that life could survive on a planet orbiting a supermassive black hole.

Schnittman explains his argument by stating that, liquid water which is one of the fundamental requirements for life to survive on any planet, is not available on a planet orbiting a black hole.

Schnittman explains that, on the planet Earth, the atmospheric temperature is maintained due to the balance between the incoming energy from the sun, thus, heating the atmosphere and outgoing energy, thus, reducing the heat in the atmosphere.

Imagine for a moment that there was no sun. What would have happened? All the incoming light would have vanished, and without the influx of heat, all the oceans and water sources would get frozen.

On the other hand, we know that black holes are one of the brightest sources of radiation in the entire universe and are surrounded by a hot accretion disc of gases.

For planets surrounded by such hot gases, it is nearly impossible to have liquid water. Also, for planets orbiting the supermassive black hole to be at a habitable temperature must orbit the black hole at a speed which is 100 times the gravitational radius (the boundary around the black hole outside of which objects are not at risk of collapsing) of the black hole.

Schnittman told MIT Technology Review that, “All known life forms require an energy gradient in order to survive, so an all-pervasive black-body radiation background would probably not be very conducive to complex life.”