NASA is Working on Shapeshifting Robots 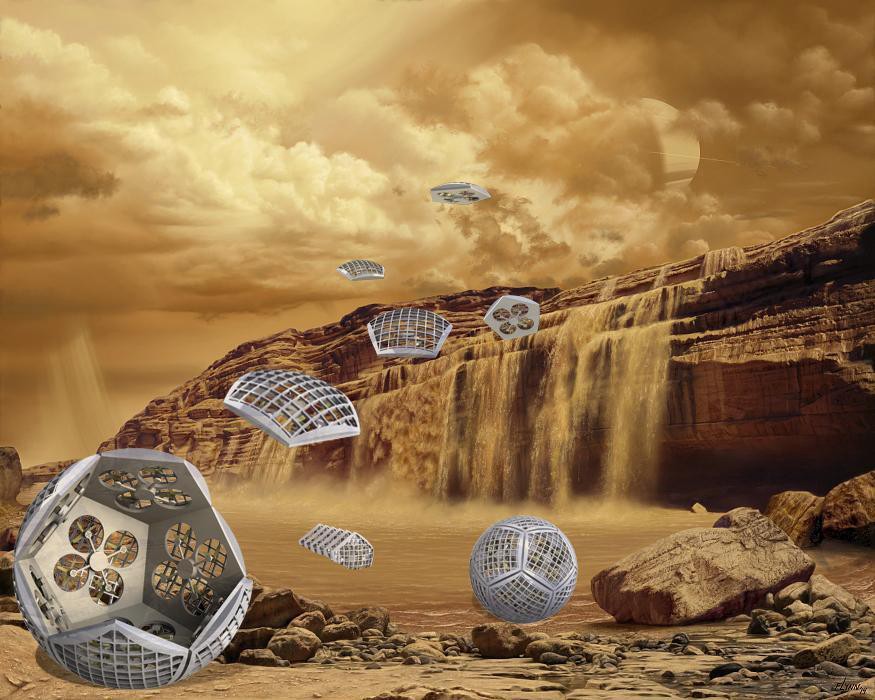 Space explorations are an essential part of studying our solar system, and every space nation is coming up with the ideas and innovations to make space exploration much more economical and safer. Sending robots on space exploration missions seems to be an affordable and secure alternative to sending humans.

NASA’s Jet Propulsion Laboratory has come up with an idea of Shapeshifters — which is a novel system concept providing cross-domain mobility on atmospheric bodies.

A shapeshifter, a transformer like robot would be capable of morphing itself into multiple configurations. Shapeshifter is a “flying amphibious robot” (FAR) which would be made up of several tiny robots known as “cobots.”

Currently, a team at NASA’s Jet Propulsion Laboratory is testing the Shapeshifters concept on its 3D-printed prototype. The prototype looks like an “elongated hamster wheel”, which can be separated into two individual robots. However, NASA claims that the actual Shapeshifter would be made up of 12 robots.

Shapeshifters are said to be capable of having mobility across various domains such as flying in the atmosphere, navigating through voids and caves, floating on a smooth surface, floating on water or propelling underwater.

Each cobot on the shapeshifter is made up of a few propellers and actuators, and each one provides a different mobility mode. The cobots can work together to carry and move the entire shapeshifter to different domains or can also operate individually or as cohesive units depending upon the terrain they need to traverse.

Except for such mobility morphing, Shapeshifters can morph themselves into other functional systems to carry out a diverse set of tasks such as transporting heavy objects, creating communication networks from deep hard-to-access areas to the surface, or traversing long distances with minimal consumption of power.

NASA is wanting to send Shapeshifter to explore Titan, one of the moons orbiting Saturn. Titan is supposed to be the only other body in the solar system that is known to have liquid on its surface.

The liquid there is not water but is supposed to be deep lakes of methane and ethane that are found in the form of gases on our planet Earth. The hazy atmosphere on Titan suggests that the moon may also have active geological features such as caves and icy volcanos that would erupt ammonia or water.

All such geological claims have raised hopes that there might be some ingredients on Titan that would prove to be amenable to human life.

Ali Agha, principal investigator at NASA’s Jet Propulsion Laboratory said that in order to study and explore the solar body like Titan which is difficult to be studied by an orbiter, they came up with an idea of developing a system that would be robust enough to traverse through all kinds of terrain while being compact and sturdy at the same time.

The concept of Shapeshifter was then thought about and is currently being developed as a part of NASA’s Innovative Advanced Concepts (NIAC) program. It is built in NASA’s Jet Propulsion Laboratory in collaboration with Stanford and Cornell Universities.

Shapeshifter is a combination of a drone, a boat, a submarine and an all-terrain vehicle that would be used to explore the treacherous terrains of distant worlds.