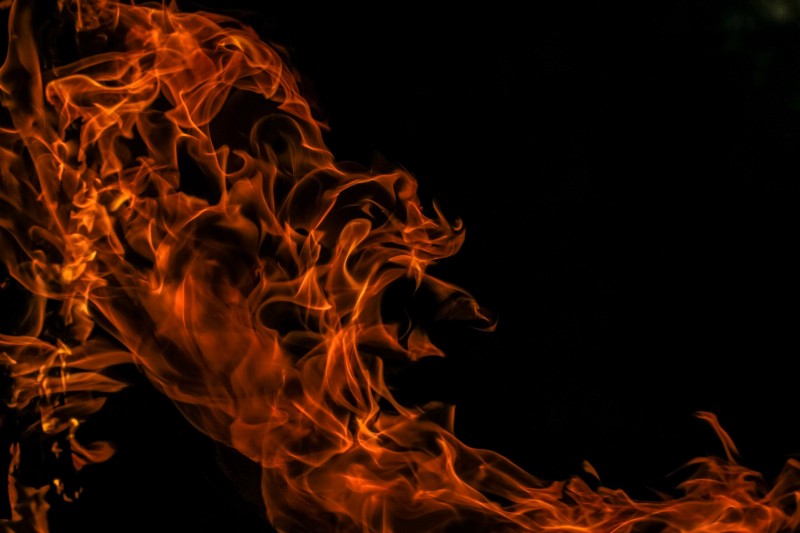 Astronauts are often considered to be pretty fearless people when it comes to experimenting in space and they often find various experiments very exciting.

These experiments give them a hands-on experience and they often get to see the reactions take place simultaneously. This time the astronauts have decided to experiment with fire on the International Space Station.

Where we all know that fire can not only cook a meal but a man too, the thought of lighting one 250 miles away from the earth in a confined space with no means to escape can give one the chills.

This attempt, however, will not be the first when astronauts try to light a fire in space to see how it behaves. The most deadly fires on the Earth begin from confined spaces and spread at alarming rates due to the presence of oxygen and gravity.

This particular experiment is aimed at studying how fire behaves in microgravity with obstacles in its way. It also hopes to study the behavior of fire better to build better fire codes and engineer buildings in a way that fires could be prevented.

The earlier experiments that were conducted in microgravity in 2008 and 2016–2017 by NASA produced various results which concluded that the significant difference in gravitational force caused the fires to spread much lesser than they would on earth.

The flames were shorter and wider and some objects just wouldn’t catch on fire even when there was abundant oxygen.

On earth, we have all noticed the tear drop-like shape of the flame on a burning candle. This happens due to the hot gases rising up and cooler air being pulled down due to gravity.

However, in microgravity, with the air flowing in all directions the flames look like balls of fire without the convergence. This phenomenon was first observed in the 1980s when a researcher dropped a can of hydrogen down a shaft designed to simulate the weightless of gravity. The flames cracked into tiny floating balls of fire and since then they have been termed “flame balls”.

In 2008, NASA sent a glovebox sized Combustion Integrated Rack experiment to the ISS to test out fires in microgravity. Later a trio of experiments named SAPPHIRE was sent in 2016- 2017 to Cygnus to examine the dynamics of fire under certain conditions.

Since lighting a fire in a spacecraft would pose a danger to the occupants as well as to all other experiments being conducted, these experiments were conducted in the space crafts loaded with trash returning from resupply missions.

These space crafts were anyway supposed to burn up in the Earth’s atmosphere, thus they were the safest laboratories for the experiments.

This time, a SpaceX Dragon cargo spacecraft is taking to the ISS numerous scientific experiments which includes the one being discussed.

This experiment is a modified version of a previous attempt, where currently, a small wind tunnel has been sent to the ISS and with continuous instructions from scientists on Earth, a fuel sample stored inside the device will be lit.

This will be done through artificial walls that create a chamber inside it. The experiment called Confined Combustion will be conducted over six months where multiple configurations will be tried on the walls to manipulate the flow and the speed of the fire.

This is aimed to study how fire travels in an environment with obstacles present in the way.

Previously a faulty oxygen canister on a Russian Space station erupted into flames and the first reflex of the astronauts was to open a window to let the smoke out, which is not an option.

Even though astronauts are subjected to extensive fire drills and are trained to deal with fires, the idea of a fire in an occupied space seems pretty dangerous.

However, such an experiment is necessary to better understand the various situations that can arise in space so that the astronauts on missions in space are well equipped to tame them and come out unharmed.