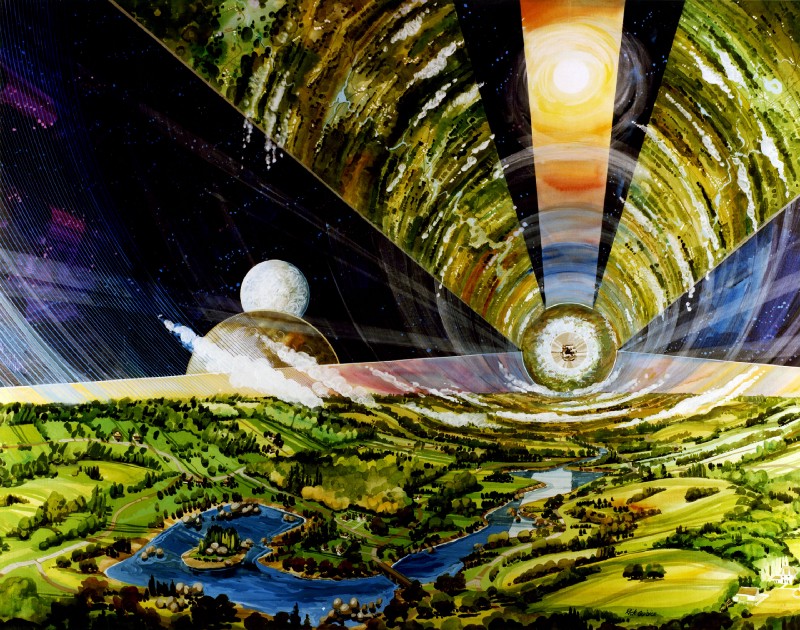 After a few years, you could probably plan your next holiday to space which would, of course, be a very expensive one at 55 million dollars. You would stay at the commercial habitat attached to the ISS, that will be built by the Axiom Space Station and there will be a long waiting period as the flight would take place just 2–3 times a year. However, tourism is not the main purpose of this new development.

Last year NASA started accepting bid applications from private companies that wanted to use the International Space Station’s resources and the microgravity environment to run different experiments and test new technologies in the earth’s lower orbit. In the process, the four-year-old, Houston based startup, Axiom Space won the bid and will be attaching a commercial habitation module to the International Space Station as early as 2024.

Axiom plans to launch three large modules and an Earth observatory window that will attach to the Space Station’s Harmony node to form the Axiom segment. These three modules will serve as a crew habitat, research and manufacturing facility plus the window. This development is a critical step for NASA to meet its long term needs for scientific research and technology demonstrations as well as astronaut training. This platform could also be used for several experimentation manufacturing purposes like zero-G additive manufacturing, fiber optic fabrication, protein crystal production for pharmaceutical applications, or other industrial applications of the sorts that space entrepreneurs have talked about for years.

The team led by Axiom also includes Boeing, Thales Alenia Space Italy, Intuitive Machines and Maxar Technologies. The price and terms between NASA and Axiom are yet to be negotiated. However, the contract would have a five-year base performance period and a two-year option for extension.

Initially, the Axiom segment would be attached to the ISS and receive its power and other requirements from the station. But once the Space Station retires, the Axiom Segment will be programmed to detach itself from the station and become a free-flying commercial space station called the Axiom Station. This would act as a complex for living and working in space which will have the hardware to power itself and will also have cooling capabilities.

Specific details about the cost, the timeline or the partnership agreement have not yet been released and are yet to be worked out. However, this partnership marks the beginning of the creation of a sustainable American-led LEO settlement in the Low Earth Orbit. The partnership that has been issued under Appendix I of NASA NextSTEP-2 public-private partnership program will utilize the expertise of Axiom Space and hopes to stimulate the commercial development of space exploration capabilities. NASA has initiated this development as it sees the potential in space exploration and it also does not want to be the only customer of the space station’s facilities where so much more can be achieved by correctly utilizing those facilities.

Also, Axiom isn’t the only company that has been working on creating a commercial habitat in space. Nevada-based Bigelow Aerospace and Texas-based Nanoracks are amongst the others that have their habitation plans. This could just be the beginning. Maybe, some issues like overpopulation on the earth could also be solved if space researchers could eventually build a sustainable habitat for humans to live in.