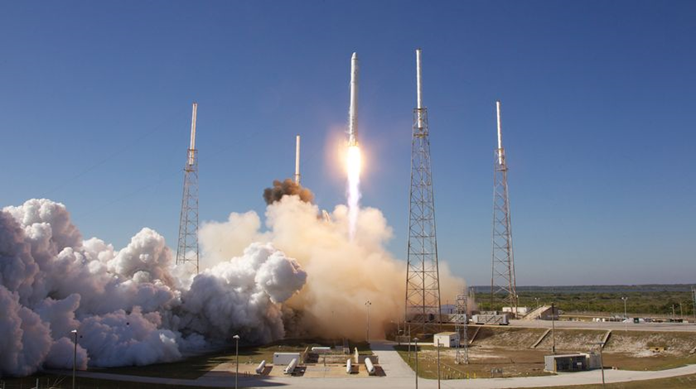 Due to the miniaturization of electronics and satellite technologies, it has become possible to have spacecraft that are as small as a cereal box instead of a huge structure weighing some thousands of pounds.

The miniature version of spacecraft is capable of performing all the operations as effectively as its predecessor and the added advantage of having such small-sized spacecraft is its low manufacturing cost.

Similarly, as we do in our aircraft where we buy a ticket of the aircraft to the desired destination instead of hiring a private jet all on our own as that would be much more economical.

Owing to this, other companies such as Rocket Lab, SpaceX, Virgin Orbit, Vector, and a few others have come up with an idea of building rockets that would be shared by multiple small-sized space vehicles.

The rockets would be built in a way that would accommodate the space vehicles and launch them to their specified orbit. The sharing of a rocket by multiple small space vehicles is called rocket rideshare.

The rideshare rockets will behave in a way that their launch would be scheduled by the provider companies and the other companies who want to send their spacecraft have to block a spot for their space vehicle in the ride-share rocket.

Recently, Rocket Lab launched its eighth ride-share rocket, “Electron” that carried four satellites from different vendors to the orbit. SpaceX has started SMALLSAT RIDESHARE PROGRAM that would provide small satellite operators with regularly scheduled Falcon 9 ride-share and would cost them as low as $1M per mission for payload mass of up to 200kgs.

Falcon 9 is supposed to be capable of carrying a series of satellites weighing between 330 pounds(150 kilograms) to 660 pounds (300 kilograms) and the cost of carrying such a payload would be much cheaper with ride-share than otherwise. SpaceX has scheduled its ride-share mission into orbit for March 2020 and is planning to have them scheduled frequently thereafter.

Ride-share launches have also affected the way in which the manufacturers have started thinking about designing satellites. Initially, the companies launched a handful of satellites that were powerful, expensive, and could be used only for a single application. However, now they are designing large constellations made up of hundreds or thousands of satellites doing the same job.

Ride-share launches also make it possible to launch the satellites into more elongated orbits which otherwise is not possible with the traditional launches.

The traditional launches do not deploy the payloads directly in the geostationary orbit (GEO). The payload has to make its own way to the orbit by using onboard propulsion systems which results in a bulky and costly satellite.

However, Weiner Kernisan, the president of Arianespace’s US subsidiary spoke about their GO-1 mission which is expected in 2022 that “they aim to provide a ride-share launch, that would itself head directly to GEO thus eliminating the need for heavy and expensive propulsion systems in the satellites and Arianespace expects to offer something like GO-1 mission at least once a year.”

However, nothing comes this easy and so is the case when it comes to building a ride-share rocket. Storing and managing multiple satellites for a single launch is not an easy task and there can be cases wherein some of the satellites may lose their orbital track.

SpaceX and Arianespace have already started thinking on this issue and researching if upper-stage boosters can be added to fire on and off to accommodate much complex ride-share missions and drop the payloads off in extreme orbits.

Rocket ride-share is becoming popular as the size of satellites is getting smaller and it would be interesting to see if the ride-share launch providers could ensure a safe release of much diverse array of payloads.