Boston Dynamics has Finally Released “Spot” for Commercial Use 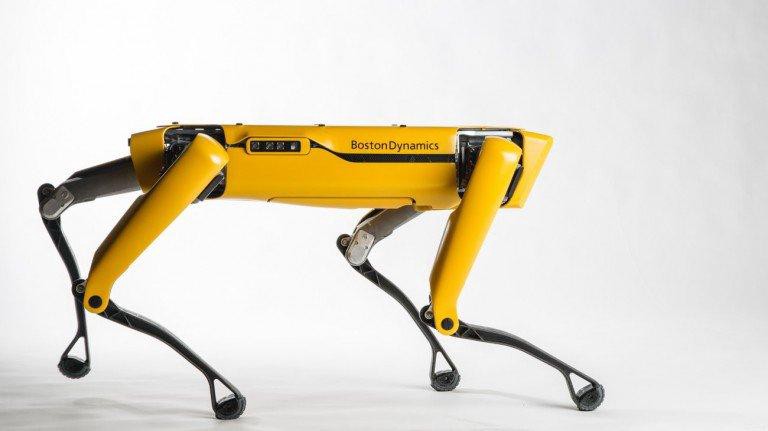 Boston Dynamics is a world leader in developing mobile robots that are capable of tackling some of the toughest robotic challenges.

Boston Dynamics combines the principles of dynamic balance and control, along with cutting-edge electronics, refined mechanical designs, and next-generation software for better and high-performance robots.

Boston Dynamics robots are equipped with perception, intelligence, and navigation.

The company has developed a nimble robot that is capable of climbing stairs and can also traverse through rough and laborious terrain with unprecedented ease.

It is also small enough in a way that can be used with ease even indoors. Boston Dynamics have named this nimble robot as “Spot.” Spot is a dog-like looking robot that is built to be rugged and customizable to accomplish our industrial and remote operational needs autonomously.

Spot, a four-legged robot can do a range of tasks that cannot be done by standard robots. Spot can go where the usually wheeled robots cannot go while also carrying some load with persistence which is far beyond the aerial drones as well.

Spot also has fitted sensors and stereo cameras that facilitate it with a 360-degree vision for navigation as well as helps in avoiding obstacles and people while moving around in a dynamic workplace.

It can capture spherical images and has a built-in PTZ camera that provides 30x optical zoom which can be used for detailed inspection. Spot can carry a payload of up to 14kgs and move at a speed of 1.6 m/s. It can work for 90 minutes straight on one charge of its swappable batteries.

Spot is provided with crash protection that helps in keeping Spot safe and durable such that it can withstand wet as well as the dusty industrial environment with ease. Spot also provides accessible API’s which can then be used by other robot industries in developing the next generation of robotic applications.

Spots can be used effectively at construction sites to inspect the work progress on such sites. It can also be deployed in oil & gas stations where the vision of Spot can be used remotely inspect facilities while improving the awareness of overall plant operations.

Spot can prove to be helpful even in public safety operations wherein it can be used to keep an eye on any dangerous situation.

This quadruped dog-like looking robot is now being launched by Boston Dynamics into the market for sale for the first time. However, the company is not making their Spot robot available to all. It would be sold to only those companies that have a practical application of Spot.

Boston Dynamics has not made the cost of Spot public as some of the experts say that it sheerly depends on the demand Spot receives over time.

Noel Sharkey, a robotics expert at Sheffield University, said, “Spot is possibly the world’s finest example of a quadruped robot, and since the addition of a robot arm, it seems a little more practical — but will it be practical enough at that price?” He also went on to say that, “This is a big test for Boston Dynamics, which could either result in much cheaper robots for the ordinary consumer or like many robot companies have found, cheaper copies.”